During the recession and housing slow down from 2008 to 2012, the builder used its resources to buy and rehabilitate homes in foreclosure in Cape Coral and Fort Myers under Turn Key Residential. When the market improved, the company built a model home and decided to use the Turn Key name that many locals and Realtors were already familiar with.

“However, as the Frey & Son Homes brand in Collier County continued to expand, we felt it would be better to rebrand the company under one name rather than have separate entities,” said company president Barry Frey. “All along we have always been managed by the same people, so the change is in name only and does not affect our commitment to the quality and service we have been known for since our founding.”

The Frey family has built more than 4,500 homes of distinction in Southwest Florida after Bill and Doris Frey started their first business in 1972 as Sanibel Homes. In 1985, after son Barry graduated from college and joined the company full time, the business evolved to Frey & Son Homes. Barry was named president of the company in 1994.

Frey & Son Homes enjoys a reputation of excellence. It has been named America’s Best Builder by BUILDER magazine, as well as one of the nation’s 50 leading luxury homebuilders by Professional Builder magazine. The company’s headquarters is located at 10951 Bonita Beach Road S.E. in Bonita Springs. Call (239) 495-8200. Online at www.freyandson.com. 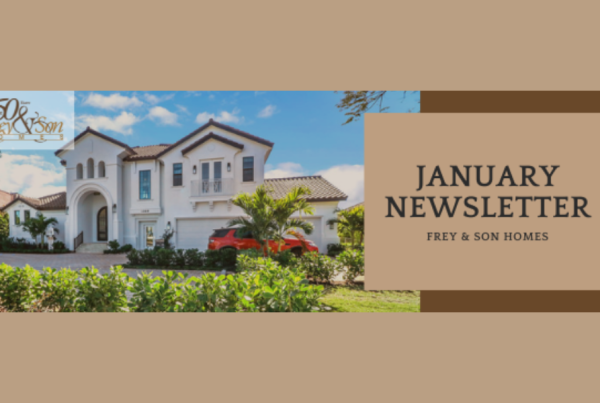 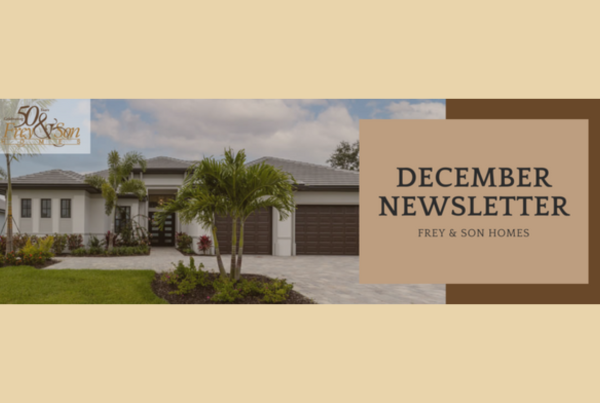